Skip to content
Previous Next
Thought Bubblin’-Do Our Words Reflect Our Thinking?

“Wouldn’t the world be an amazing place if we could see into other people’s minds exactly what they are thinking?” Who says such a thing at 7:51 a.m. on a Tuesday morn’ while hastily tying shoelaces and shoving in fistfuls of cereal? My 9 year old son, apparently.

Two things about his comment struck me as particularly noteworthy. One, the sheer notion that this is the idea that travels through my child’s head before he’s even digested his Cheerios is pretty stunning and two, I’m pretty sure he’s found the answer to solving many of life’s problems in this single, innocent sentiment. 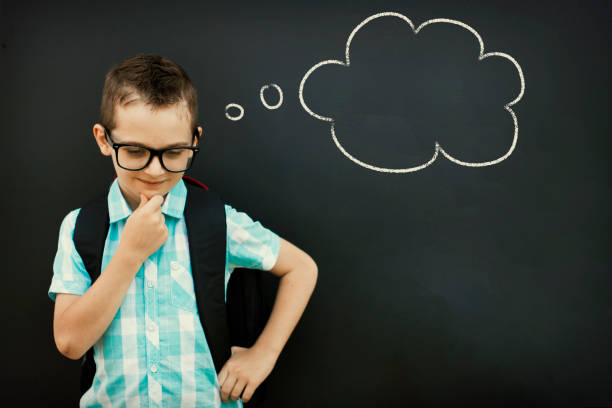 It reminded me of a session I’d recently had with an 8 year old girl who’s father told her she was a stupid and selfish child for not wanting to attend her grandmother’s birthday. This obviously was hard for her to hear and even harder to make sense of—if dad says I’m stupid and selfish, he must mean it.

So, I taught her to use a strategy I call “Thinking versus Saying” which, in short, involves recognizing that what we think and what we say VERY often do NOT match. The strategy involves drawing cartoons of conversations with “thought” bubbles and “speech” bubbles for each person involved and trying to figure out what each individual might have been thinking at the time. In her case, we decided dad was probably thinking “I am sad and disappointed that you don’t want to attend my mother’s birthday especially after she has been so kind to you.” But, unfortunately, dad didn’t say this. Instead, he shamed her with hurtful words to mask his own hurt.

After that, we practiced imagining people’s thought bubbles when they are speaking, especially during difficult conversations. We can’t know for certain what thoughts are swimming through another’s mind but we can certainly take a guess based on the circumstances.

Say what you mean!

I can’t help but wonder what life would be like if we all tried this? Tried imagining those thought bubbles dangling above one another’s head? How many marriages could be saved and parent/child relationships strengthened if we practiced this regularly? Why is it so easy to match the words and thoughts surrounding positive experiences (“I’m so excited about my new job!” = “I’m so excited about my new job!”) and so incredibly hard to match words and thoughts surrounding painful ones (“I’m sad that you don’t want to attend my mother’s birthday” = “You are a stupid and selfish child”)?

So, I have to agree with my son that the world would be a pretty amazing place if we could see into the minds of others and know what they were thinking—how can real communication occur if we don’t have access to that?

Maybe we can learn a thing or two from the brilliant minds of babes. Maybe we should all consider “Thought Bubblin’” now and again. Maybe some bubbles are meant to be burst.